1. Wesley Bryan: If you know who this guy

is, there is a good chance you know him because of his trick shot videos he makes with his brother George. But Wesley is much more than a trick shot specialist. He was a three time all American at the University of South Carolina and Last season he led the Web.com in earnings winning $449,392 in 15 events. Bryan went on to win three events the 2016 Chitimacha Louisiana Open presented by NACHER, 2016 El Bosque Mexico Championship presented by INNOVA, and the 2016 Digital Ally Open. This season he has fully exempt tour card and a spot in The Players Championship. Watch out for Bryan in 2016-2017.

2. Andrew “Beef” Johnston: If your nickname is Beef you better be a good golfer or a fan favorite. He’s both. Last season on the European Tour Johnston he had one win at the Real Club Valderrama Open de España, hosted by the Sergio Garcia Foundation. Last year at the Boise Open, one of the Web.com playoff events, he finished in the top five, earning him his tour card for this upcoming season. Expect to here “Beeeeeeeeeeffff” a lot next year. 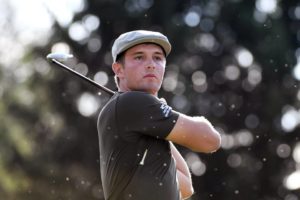 3. Bryson DeChambeau: Although he’s not a rookie, this is a kid every golf fan can love and root for. From his unconventional single length irons, to his cool little hat, he is fun to watch. Last season in his PGA tour debut he finished T4th at the RBC Heritage. He had a good showing at last years Masters finishing T21. Putting is something he struggled with in his first season and a recent story broke that he may adopt the “side saddle” putting style. Having a degree in physics from SMU isn’t normal for a PGA tour pro, and if you watch his game, it isn’t like any other. Especially if he adopts the new putting style. Look for this kid on top of leaders boards all 2017 if he figures out his putting. 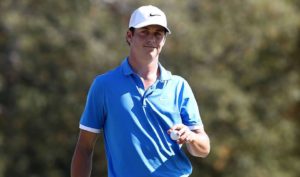 4. Cody Gribble: Gribble splashed onto the scene when he recorded a four-stroke victory at the Sanderson Farms Championship. He also finished T8 at his first PGA event of the season at the Safeway Open. The lefty led the field in strokes gained putting, scrambling and birdies-or- better percentage (28 birdies in 56 chances). Pretty good numbers for the 26-year- old rookie from the University of Texas. Although he isn’t new to the scene he has been competing on the Web.com tour for a few years. He Finished 40th on the 2016 Web.com Tour priority list, securing his 2016-17 PGA TOUR card. He had a runner up finish and two top five finishes. I’m not chalking Gribble up to be the Fed-Ex champion this year, but don’t count him out.

The Golf Content Network is a network of golf websites, newsletters and magazines that provide golf companies and their agencies a platform to tell their story through editorial, video, photos, and advertisements.