golfer and club builder, Dick had the clever idea of changing the physics of what a shaft’s shape does in motion – now the way a club is built and played will never be the same. The top expert club fitters on the PGA Tour and around the world use SST PURE® Shaft Alignment to analyze and align their custom clubs and more and more are becoming licensed. On every major professional tour, the best golfers in the world rely on the groundbreaking SST PURE Shaft Alignment to make sure their golf clubs perform consistently.

I’ve been playing golf since I was four years old and have had the great privilege to have competed around the world. I won my city junior championship, been club champion at five different country clubs, and at one time, had five different course scoring records. I played on the U.S. Pan American Cup in the mid-1960’s, won the Broward County Amateur championship in the 1980’s, and qualified for the national long drive championship.

I have always loved golf and golf equipment and as a former bank principal, I have always gripped and ground clubs for my customers, etc. In 1996, my brother and I invested in a golf course in Miami, Florida and a friend and I opened a club-repair shop near the driving range. Club-making had been a hobby since I was young and I thought it would be a decent investment. During that time, I founded SST PURE®, an acronym for Strategic Shaft Technologies Plane of Uniform Repeatability, and it is trademarked world-wide.

In early 1997, after seeing all 30 spots on our driving range being used by players whose clubs I had PUREd myself and assembled for them, I knew this was my calling and have learned more and more every day since then.

I decided to dedicate all of my time to become a complete club-builder and spent seven years on the PGA Tour, PUREing® shafts and assembling clubs for the finest players in the world. This knowledge allows me the luxury of knowing what all of our licensees are experiencing and being able to guide or advise them at any time. 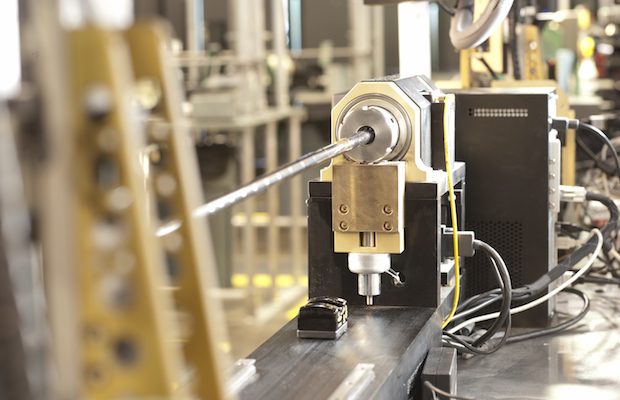 MATT WARD: What was the genesis for SST PURE?

DICK WEISS: In the fall of 1996, I successfully qualified for the Senior Series, a now defunct mini-tour to the then Champion’s Tour. One of the club representatives gave me a driver to try and I loved it. Although I asked to keep that specific club, he insisted it was a demo and that he would order me the same driver with all the identical specifications. When the club arrived, I found it almost impossible to hit the way that I wanted. The rep stood by the fact that it was identical to the demo I had previously tried.

While playing an event the previous summer, someone mentioned to me that he knew a clubmaker who was going to “spine” his shafts. I had never heard that term before but was intrigued by the fact that someone believed a club’s performance could possibly be influenced how a shaft is assembled into its club-head. Having recalled this, I thought that maybe the new driver’s erratic performance was somehow caused by how the shaft was assembled in the driver.

I had been working on an idea to improve club-building equipment to remove graphite shafts from the club-head without damaging either the head or shaft during removal (later patented as the Weiss-Gibson Ultimate Shaft Remover). I had 2 identical drivers and I decided to see how my invention was working so I took one of my drivers and removed the head. When I reassembled the club, I decided to move the logo work to the side so I did not have to look at the logo. When I hit balls with it, the club no longer felt the same as before. The ball was flying perfectly straight down the middle of the range and impact felt like a sharp knife cutting thru soft butter!

To this day, I still do not know why I did this, but I went into the shop, removed the shaft, and cut it in half. When I looked at the cross-section it was easy to see that one area of the shaft on the inside was much thicker than the rest. That started my quest to understand why club performance is influenced by how a shaft is assembled into its club-head. I quickly learned that no two shafts made are exactly alike. They are like fingerprints or snowflakes in that regard.

MW: How long was the process from idea to actual implementation?

DW: The process from my initial discovery until I developed my original manual piece of equipment that demonstrated shaft asymmetry was approximately eight months. SST now has our seventh-generation computer-operated automated equipment in use around the world. We constantly strive to streamline the process although all generation machines locate the identical PURE® position. 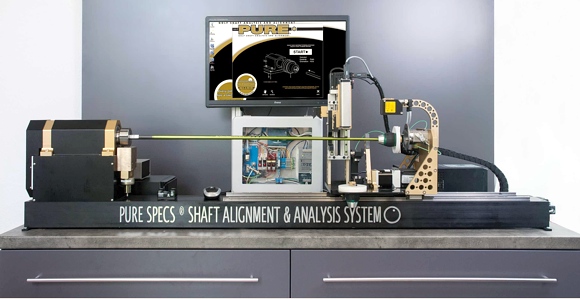 MW: Someone is going to avail themselves of the technology you provide — what would be a ballpark cost when going to companies that provide what you offer?

DW: SST has licensees around the world. The price varies according to converted USD values. In the United States the cost to SST PURE® a new shaft and assemble it into a clubhead is between $30 and $50 dollars. While the rest of the world in US dollars averages between $50 and $65 dollars.

MW: Getting “properly fit” is the recent rage among all the key equipment companies. How many really do an effective job in servicing the average golfer?

DW: SST is proud that we license the finest club-fitters and club-builders in the world. Our licensees, as one of them likes to say, are “agnostic” builders. That means none of them are tied to any specific club manufacturer.

In our opinion, clubs that are fit by companies that represent only one Original Equipment Manufacturer (OEM) (like most golf shop pros) are not doing their customers any favors as they are forcing the player into clubs the pro wants to sell rather than one brand that may be more “aesthetically-pleasing” to that golfer and therefore easier to play.

MW: Biggest mistake average golfers make when interested in getting the right equipment for themselves?

DW: In our opinion, big box golf stores fitters and impersonal “fitters” who take your specs on-line are not fitting a player’s specific needs but rather a generalization of what they should be fit to. I think that I would be generous and say that no more than 20% could possibly get it correct, whereas we believe that SST licensees are as close to 100% in fitting evaluations done in person and assembly. Club-fitting is an art and SST PUREing is a science!

MW: Best advice you ever got — what was it and who from?

DW: Regarding life: The best advice I ever received was from my father-in-law, Chicago Bears Hall of Fame quarterback, Sid Luckman, and that was: Every person has a dream and it would be irresponsible for any of us to try and discourage that!

Regarding golf: The best advice I ever received was from my mentor, Gary Adams, founder of Taylor-Made, who told me that innovations in our sport, as in life, take time for people to digest and accept. If your concepts are engineering sound and help the player, even though they may “shake-up” our industry, be patient and don’t let anyone discourage you.

MW: The major golf organizations are attempting to reach out to Millennials — those born since 1980 — minorities and women into golf. What would you recommend they should be doing?

DW: I believe our sport is so much fun that businesses like TopGolf that encourage you to hit the ball while also experiencing a social atmosphere are the way of the future to get people of all ages and nationalities to start playing. More educational classes in grade schools and up are also great ways to get started. The pitch, putt and drive competitions as well as inner-city programs such as the First Tee program need to expand too.

MW: Given your involvement in the golf industry — how do you see the overall game evolving in the years to come in the 21st century?

DW: I believe as a player and as a golf course owner that golf as we know today, except probably on the top professional levels, is going to change dramatically this century.I do not think, except in a very few cases, that the private clubs can financially sustain themselves in the United States. Course maintenance “immaculate conditions” should be rolled back to more natural minimalistic conditions. There are too many Rules and they have to be made easier to understand. Maybe most important is that pace of play has to be picked-up.

Players have to be educated how to leave the course in better conditions then when they arrived by repairing divots (theirs and others), bunker-raking etc. to allow those who follow to experience the same course conditions no matter what time of day they play.

I think we’ll have golf under the lights, courses set up so that you can play for instance, three holes, six holes or nine holes all leading back to the clubhouse and more “team-style” competitions.

SSS
The Golf Content Network is a network of golf websites, newsletters and magazines that provide golf companies and their agencies a platform to tell their story through editorial, video, photos, and advertisements.